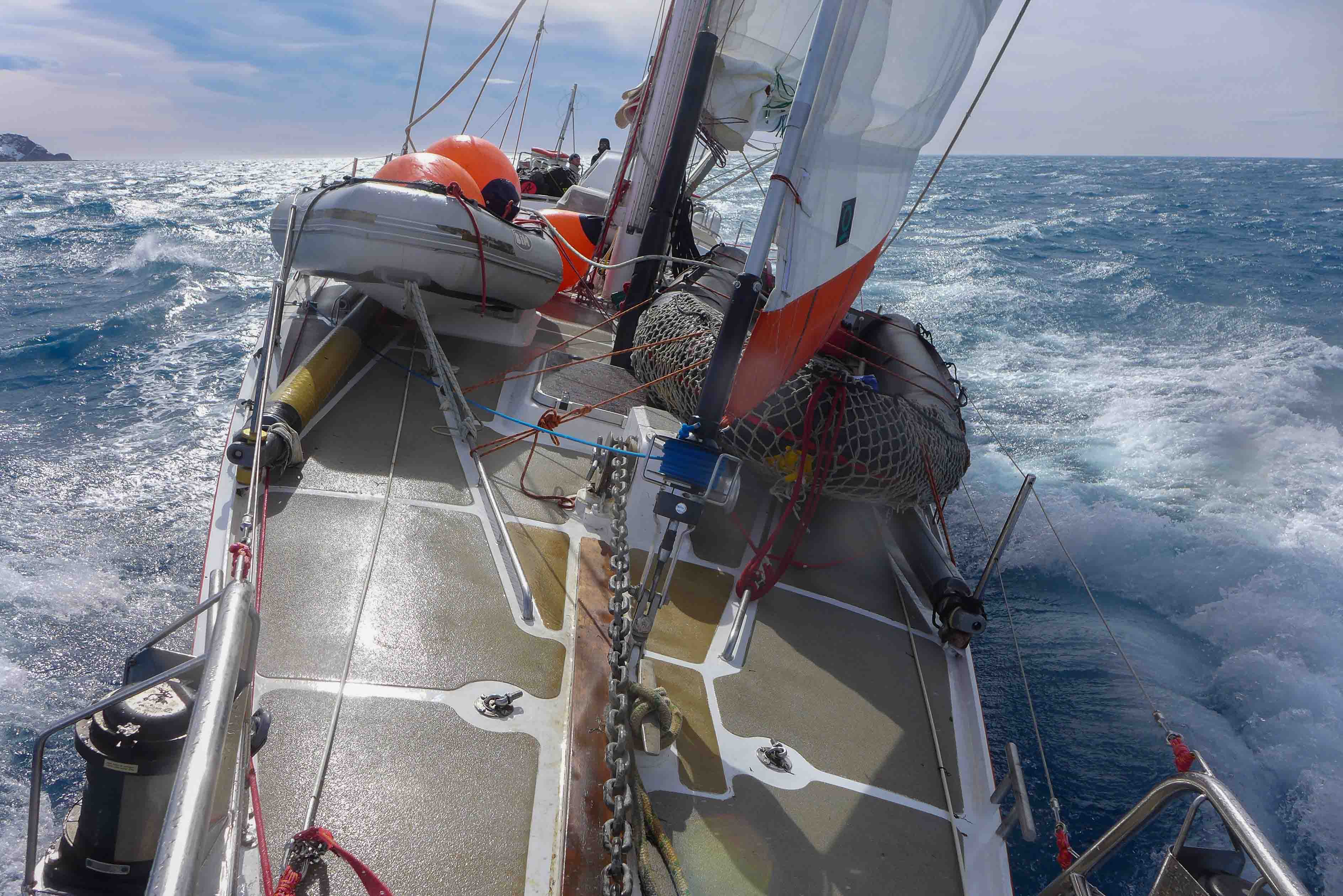 Forty two days away from home is a very long time for most people.  For eight mountaineers and three sailors thirty five of those days were spent together on a 67 foot yacht in one of the least hospitable parts of our planet.

I sometimes get asked which was the best or most memorable trip I have ever done.  This is a question that is almost impossible to reply to, but South Georgia would have to be up there near the top.  This was a big adventure, a powerful experience, and one that left us with lasting memories of friendship, wild places, raw beauty, wildlife, remoteness, relentless wind, summits, skiing and much more.

We had no fixed mountaineering or ski objectives though we had hoped to repeat the Shackleton traverse and to visit and ski in the south of the island.  In the end we achieved neither of these aims due to the weather.

We never had a sufficiently good weather window to consider using tents and only once did we have consecutive days of good weather.  On all but five days it was windy, very windy or extremely windy.  We were out on skis in winds strong enough to knock the whole party to the ground simultaneously.  The idea of camping in such conditions was ‘terrifying’ as one of the team put it and most of us had done sufficient bad weather camping not to need to do more without a good reason.  Characters might have benefited from rounding but not from further building.

During our time in South Georgia we saw no-one on land other than at Grytviken and there were no other yachts or cruise ships.  It was a great privilege to visit the island without any other signs of the outside world – we had the mountains and seas to ourselves.