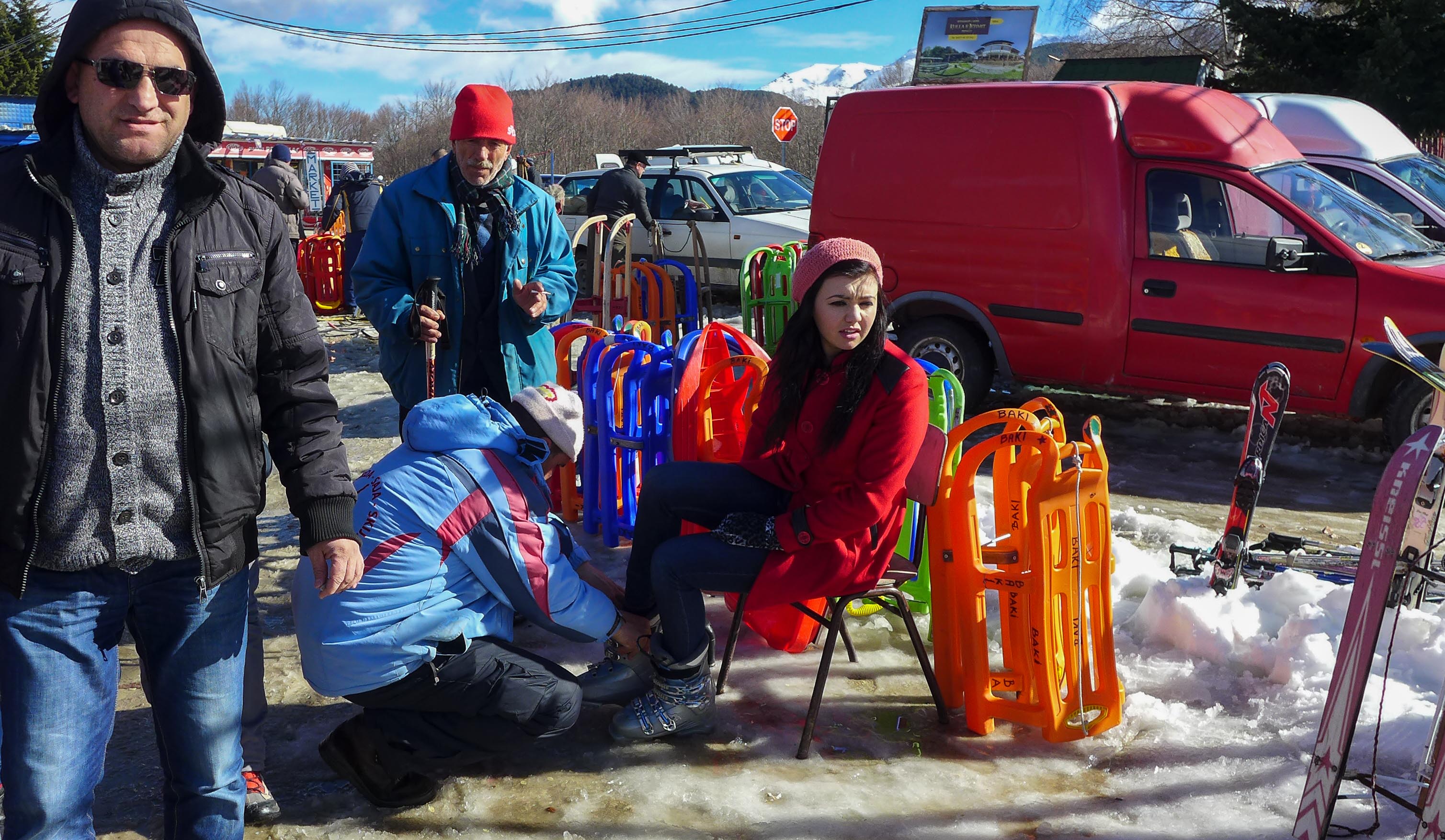 It’s only ever happened once before on a trip and the problem that time was ‘relatively’ easily solved. Hopes were high that Anto would re-join us soon.

Losing one’s passport is never going to be a pleasure but for a British citizen in Kosovo it is a world of pain.

Obtaining an emergency travel document in Pristina requires superhuman levels of patience, expense and complete mastery of one’s temper whilst confronting the faceless walls of bureaucracy and their intransigent computer systems. One week after his passport went missing Anto finally made it back to Albania; the evening before his flight home.

Thankfully the rest of us had an eventful trip free from negatives. Admirably led by the Zenmaster and his Mothership we enjoyed a Tirana to Tirana loop through four countries. Snow cover was thin but we had good weather when needed. The day time 0 ° isotherm was at 3500m for much of our visit.

Starting in Bresovica we ski toured to and along the Macedonian border before dropping into the north facing valleys of the Shar Planina. We had to drive high to get snow so our next stop was Popova Shapka back country. The cat ski company was doing what it could with the conditions but skinning was really the only way to go. We were not unhappy to leave the old snow patches to the cat skiers on a morning of zero visibility and pouring rain to well above the summits.

Having enjoyed our appetisers we moved to Greece for the main course. Again we went high, skiing some of the minor summits of Mount Olympus and delighting in the terrain, forests and views from Smolikas, Greece’s second highest mountain. Our experiences in Greece left a lasting impression, particularly the warm welcome we received everywhere we went. The food was superb! 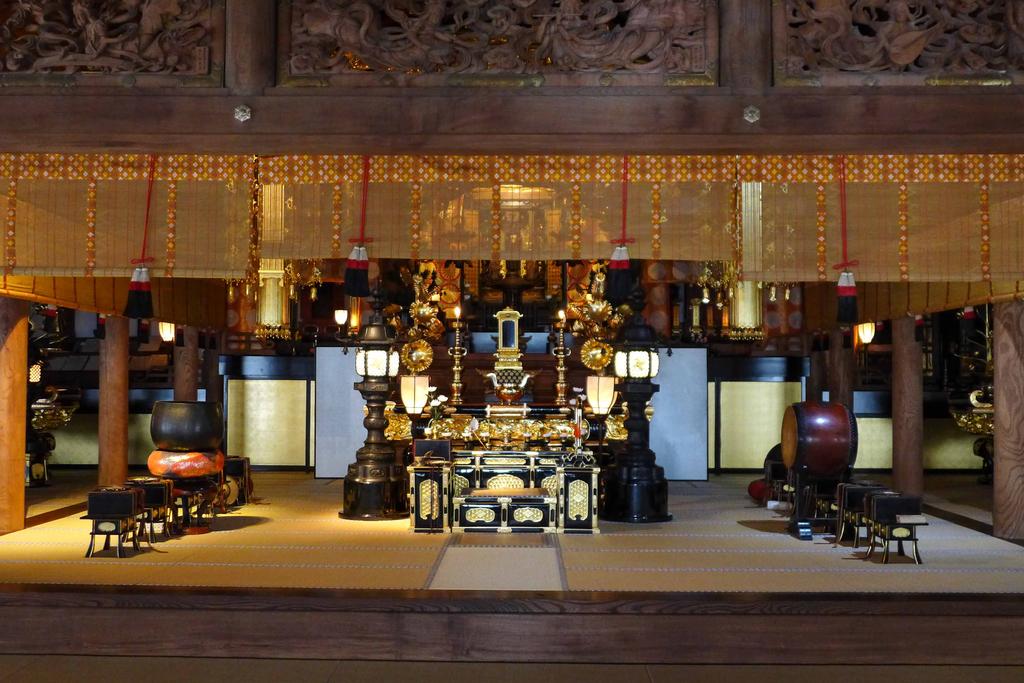 “Ski fast and take chances” were the parting words from our Swedish friends. Hmm we thought. This wasn’t the year for skiing fast in Hakuba and as for taking chances in this game…. we’ll leave that to others.

It was unseasonably warm and the Japanese Alps had one fifth of their usual amount of snow. The least snow in over 50 years we heard.

Japanese tree skiing is second to none when there is a plenteousness of powder. When there isn’t, the tree and bush covered hillsides are arguably best left to the serow and wild boar we encountered. Climate change, global warming or El Niño? It’s not clear but there does seem to be an increasing irregularity in the seasons and weather worldwide.

We made the best of the snow situation and thoroughly enjoyed the cultural, culinary and sensational delights that Japan has in abundance. Hiro gave us ‘full Japanese immersion’ which included staying in 15th century ryokans, daily onsens and the incredible variety of textures and flavours at meal times. We savoured sashimi, sushi, tempura, shabu-shabu, soba, deep fried oysters, yakitori, crab, wagu and hide beef and tofu in all it’s guises. We bit the heads off crispy grilled fish, took on the natto bean challenge and swallowed whole mini squid from the Sea of Japan. Delicious washed down with the occasional beer or sake! 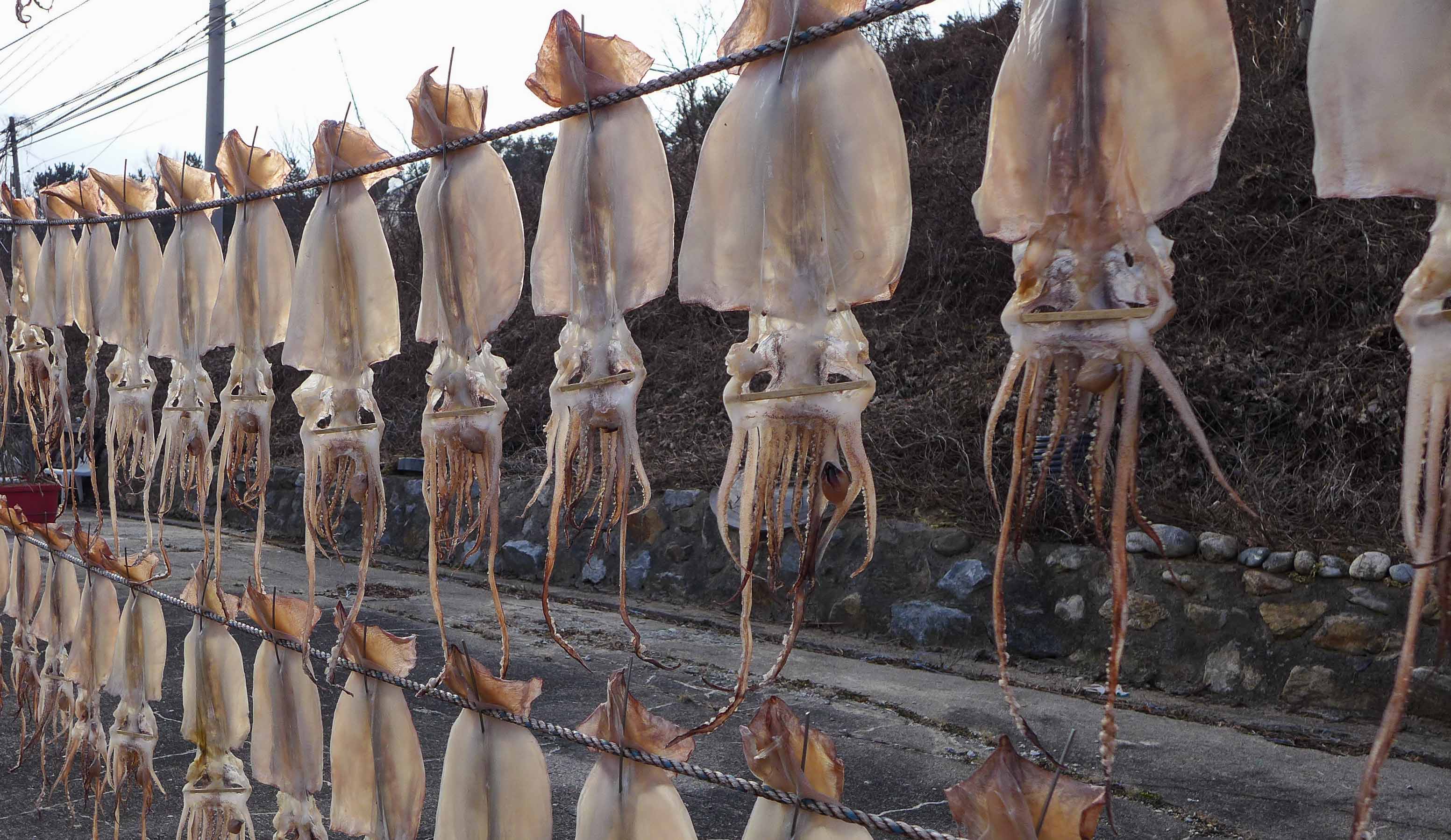