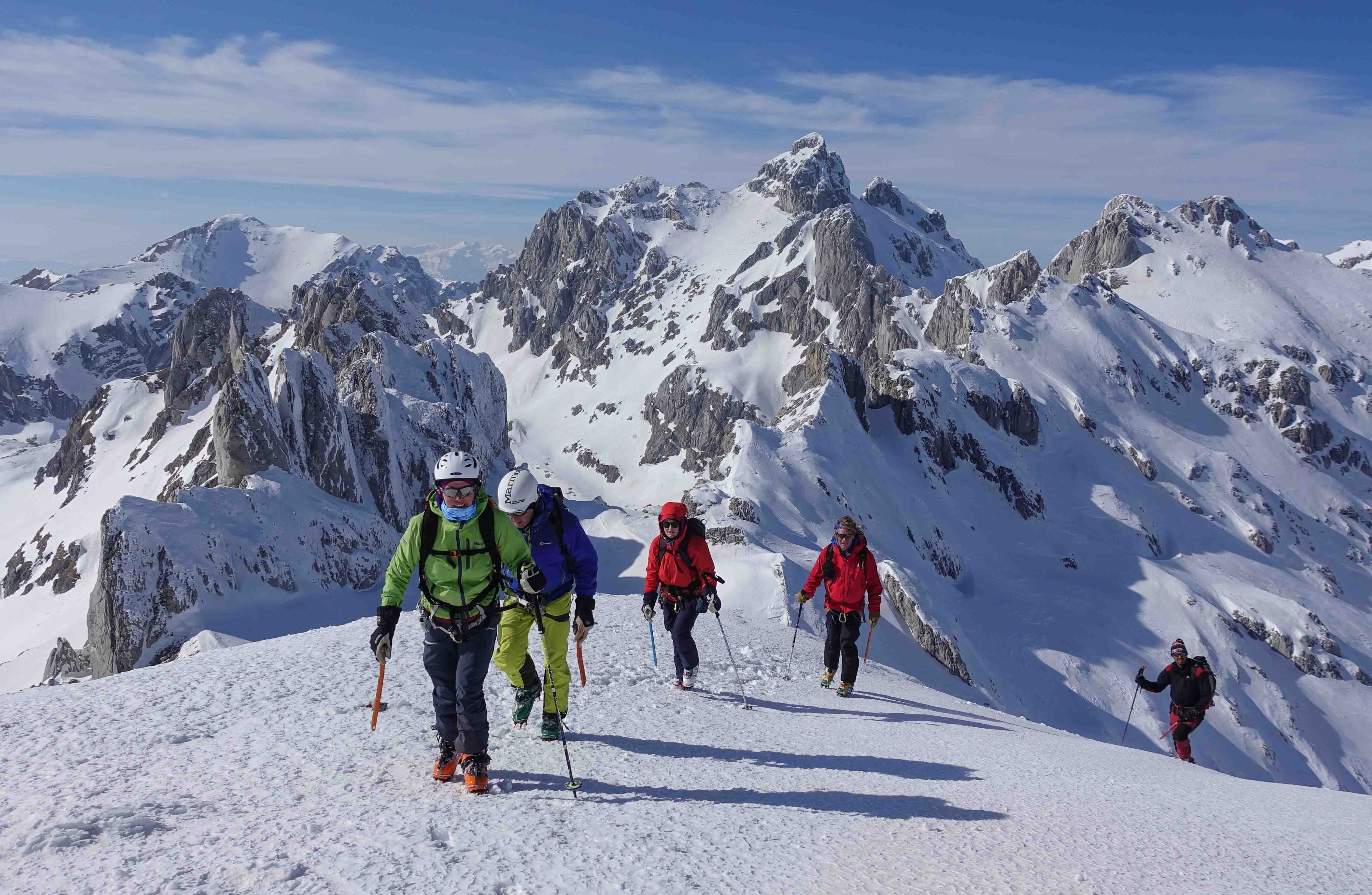 Vanja and I had been in contact for many years and so it was a pleasure finally to meet and to ski in the beautiful mountains of his home country.  Like many of his countrymen he’s a tall chap so it was also fun for me to be the small guy.  Montenegro, I had read, has an average altitude of 1000m and 15% of the country is over 1500m.  During our short visit I saw so many ski touring objectives but access to them would be the crux.

We toured to Bandijerna in the heart of the Durmitor National Park on a sensational day, followed this up with an excellent, short bad weather trip to Mali Stuoc and enjoyed a finale to remember on 2420m Sljema.  On every day we were accompanied but one or more of the local dogs who seemed as happy as we were to be out enjoying the fresh air, exercise and lovely views. 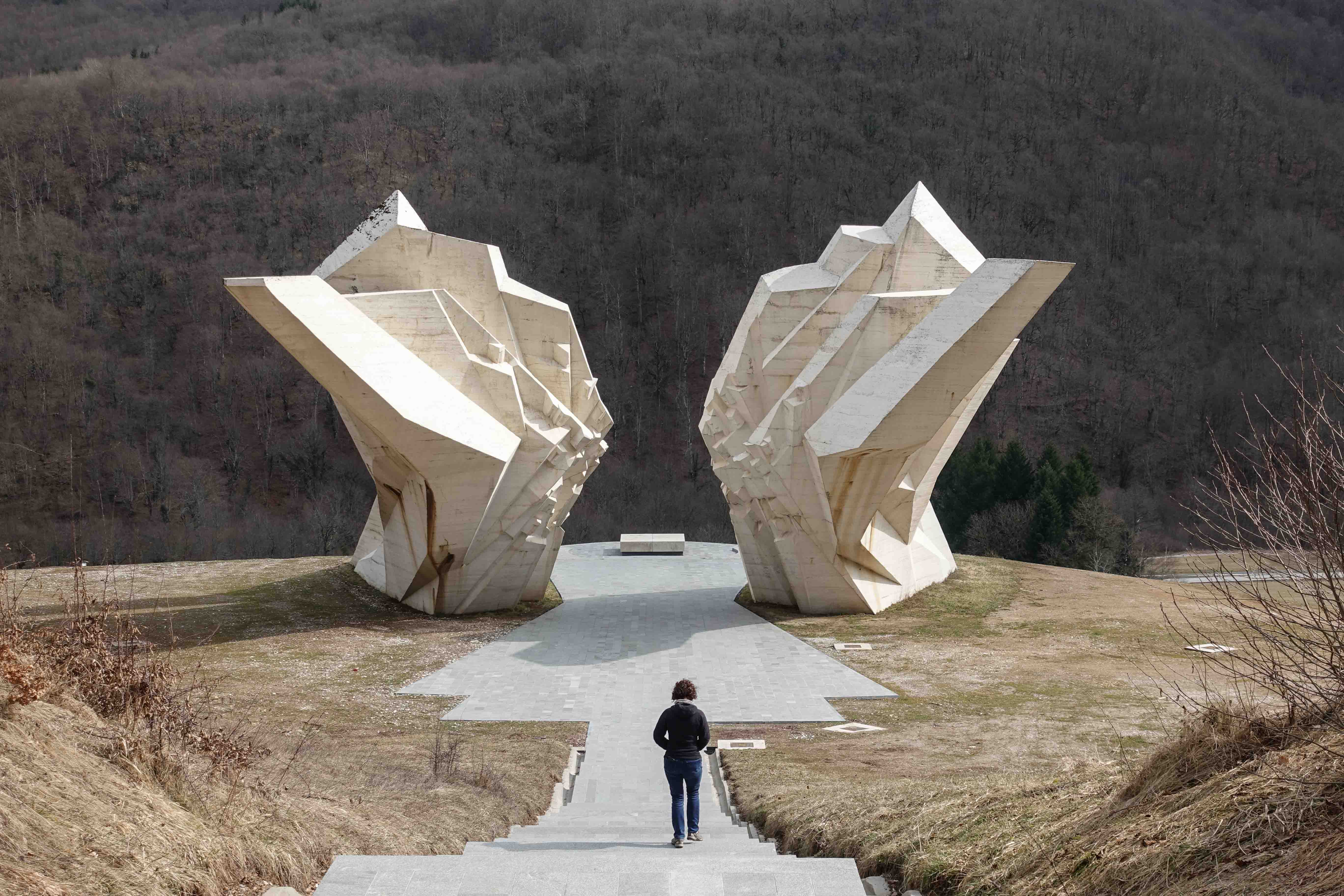 Everyone in Bosnia smokes; or that’s how it seems.  Our cigarette smoking hotel owner said his mother gets through four packets a day.  Walk into any public place be it a restaurant, bar, café or service station and the air will be a toxic fug of tobacco smoke.  Why do Bosnians have such a universal disregard for their health?  Perhaps the answer is partly due to the tragic recent past? Why too is the Bosnian countryside empty; villages and small towns devoid of inhabitants?  Urban migration is happening all over the world but there’s more too it here.  The scars left by the 92-95 war run deep.

Bosnia is a wonderfully mountainous country with much to offer the outdoors person and reliable snow for us ski tourers.  Tourism is to be encouraged, bringing as does much needed revenue.  Even the omnipresent Bosnian traffic police do their bit to promote tourism by only extorting money from the locals.  The country is culturally rich and the people we met were very kind to us.  I hope the future will kind to them but there is an edge to the place and sadly I fear for what it may hold. 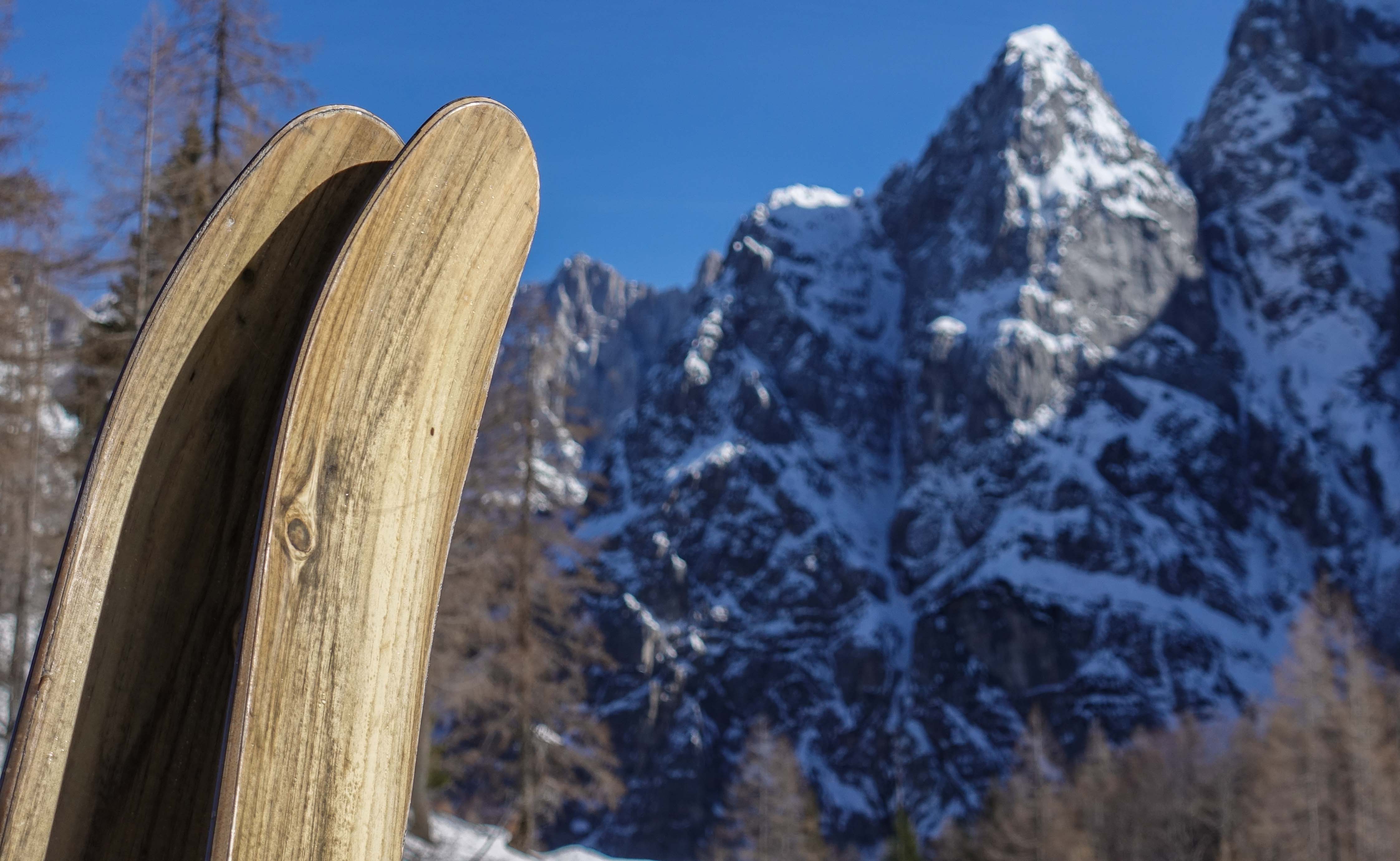 Mala Mojstovka was our initial objective and it came as a bit of a shock, especially to those used to cruisy skinning in the ultra-light powder of Japan.  Here it was hard, icy and steep straight from the car; some wondered what they had let themselves in for.  Mala M is a magnificent ski peak with extraordinary views and great run down, albeit on character building snow.  The tone was set for the rest of the visit.

The ladies of the Pri Martinu looked after us handsomely and with an ever present smile.  Fortified by portions of schnitzel the size of small wheels, dumplings, and mountains of apple strudel we had to ensure a minimum of 1000m per day.  Thankfully this was achieved.

The Julian Alps of Slovenia are steep and one understands why the hardest route on many of the world’s big mountains is ‘The Slovenian Route’.  The ski touring terrain lies between impressive peaks and is also steep, requiring good conditions and technique to be enjoyed safely.  We were lucky in having those conditions and the weather to enjoy them. 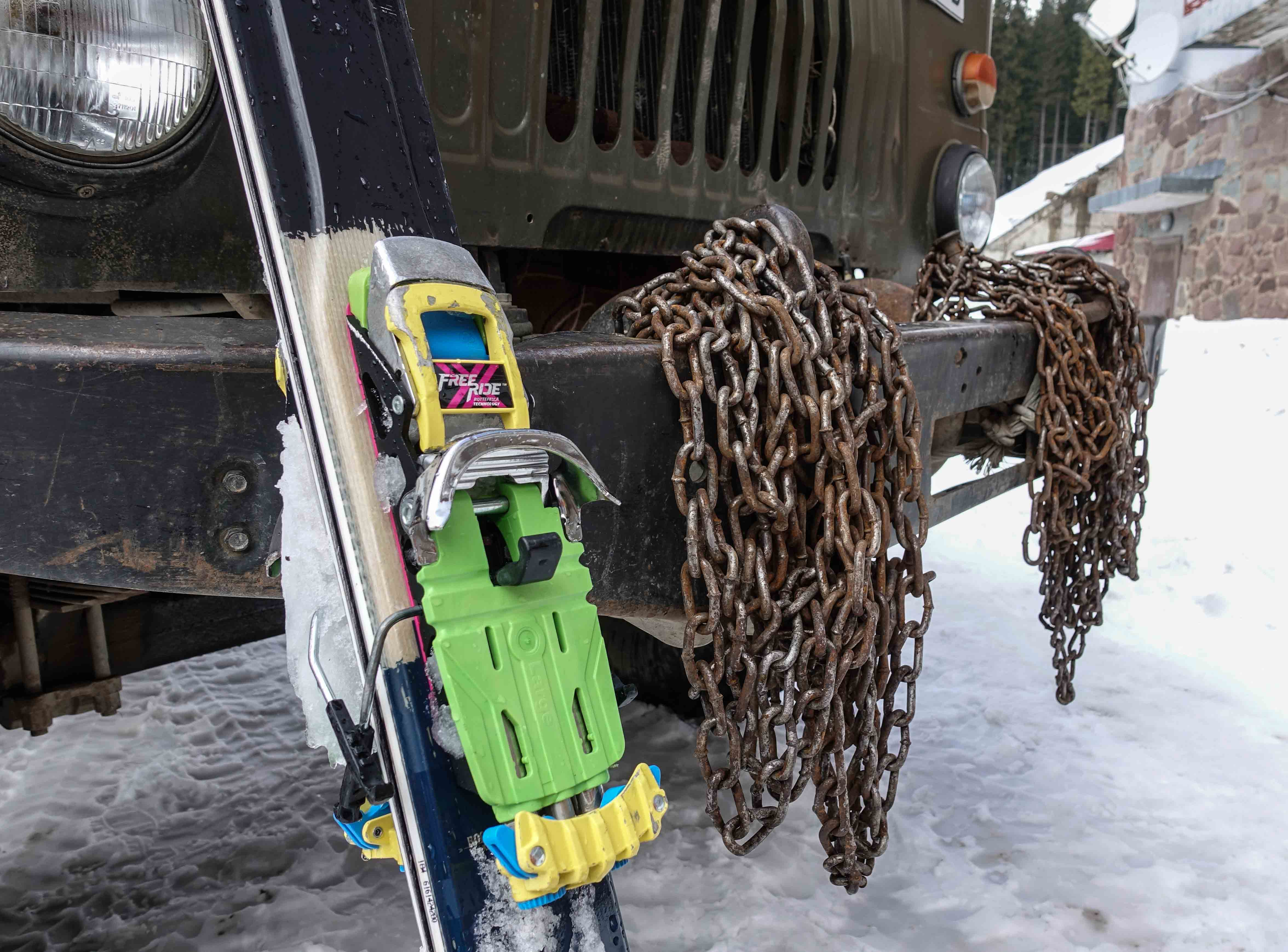 Seven hours to drive 250 kilometres of potholed tarmac from Ushhorod, four hours by bus then ten by train followed by another two by bus from Cherkasy, ten hours by car from Kiev.  Telemark family bonds are strong so although getting to Mykulychyn for the festival was no easy affair no complaints were heard from The Ukraine Telemark Team.

Our invite came from a chance encounter with Misha, Gleb and friends on a flight to the Georgian Caucasus in 2016.  Fast forward three years to Mykulychyn where friendly people gave us a warm welcome, where the skiing was good and the evenings’s entertainment memorable.  The Tequila Band from Ushhorord rock and Vitaly’s Ungweiser craft beer hits the spot though like all beers we have tried so far it does not enhance ski performance.  If the world’s leaders were telemarkers there would be a lot more peace and understanding between nations.

Thank you to everyone and especially to Sasha for all the driving.