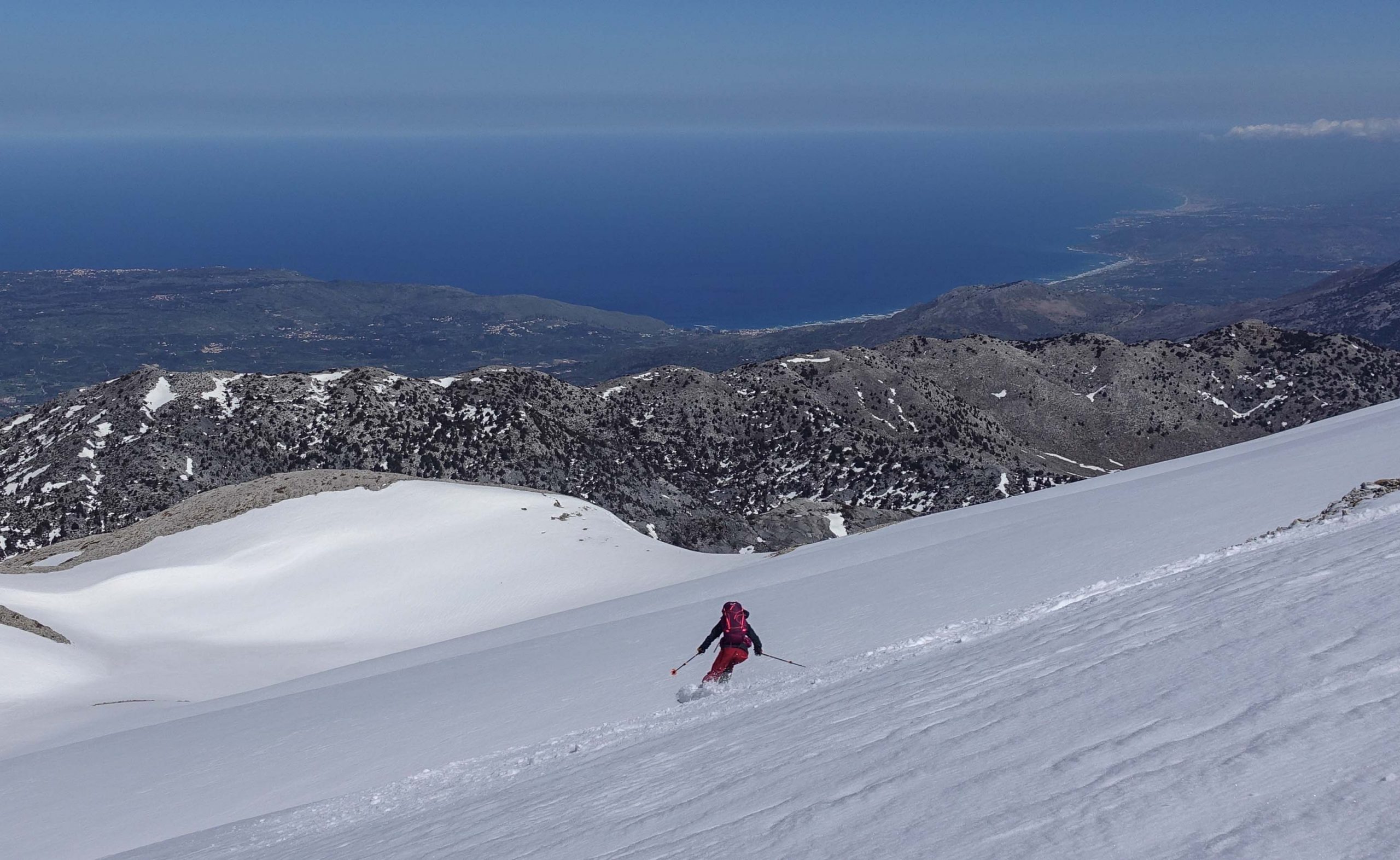 I’ve encountered such incredulity with other destinations but Crete seems to really puzzle folks.

There is indeed snow on the mountainous island of Crete.  Not every year, but pretty reliably and what’s more, the limestone peaks were unquestionably formed by the Greek Gods with ski touring in mind.

The highlight of our week long visit was a traverse of the Lefki Ori.  We also enjoyed Psiloritis, the highest mountain, in a wet white out (Type 2 Fun) but missed out on the eastern peak Spati due to our incoming flights being disrupted by wind.  Oh the wind, the wind.  If ever I said ‘let’s stop for a drink and a bite here as there’s no wind’, woosh……..there it was! 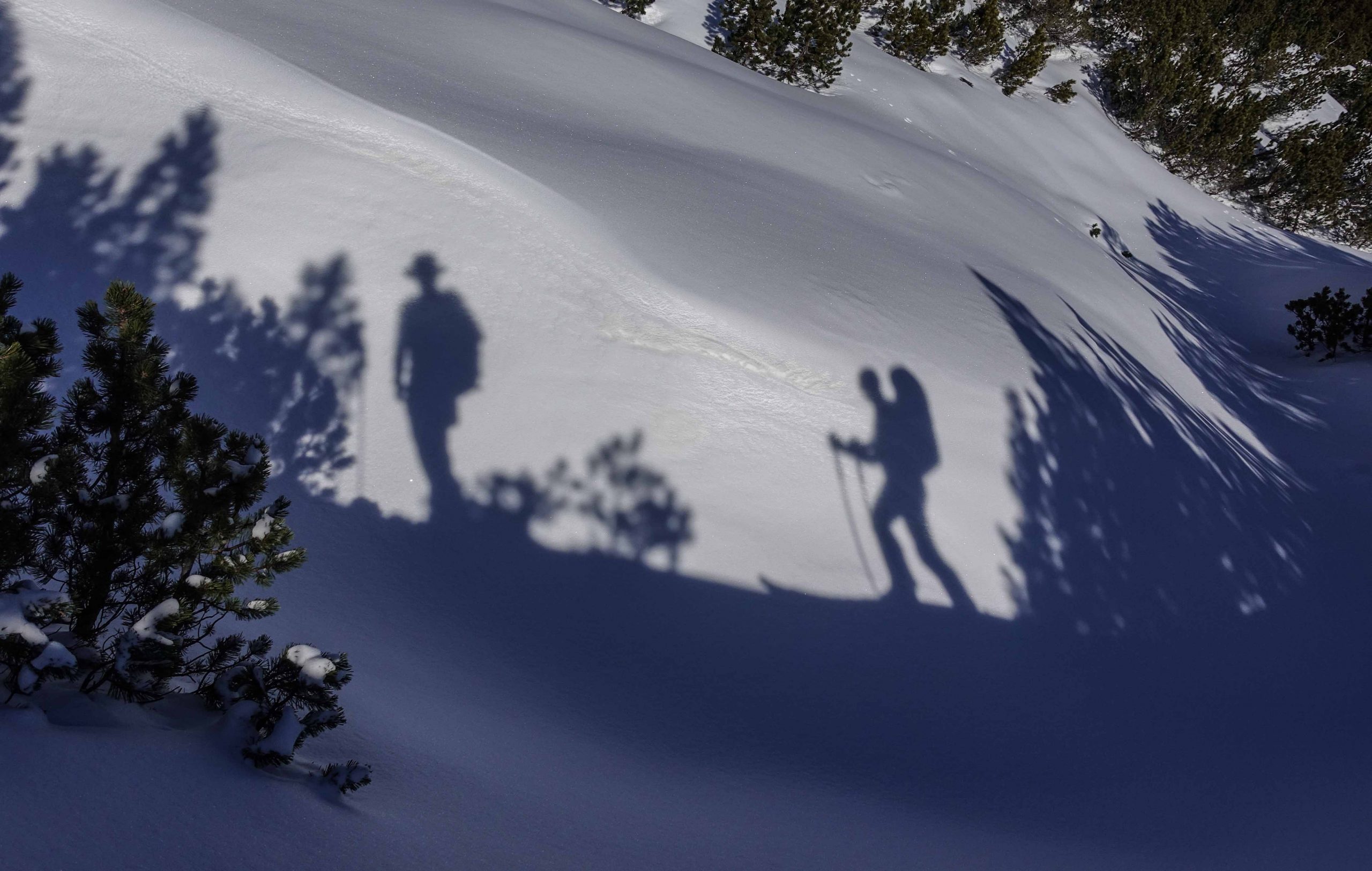 What do Uzbekistan and Liechtenstein have in common?  They are the only two doubly landlocked countries in the world.  We had skied in one so we felt duty bound to visit the other.

Europe’s fourth smallest country, the Principality of Liechtenstein has an area of about 160 square kilometres and one ski resort, Malbun.  From there we managed one very nice day tour before we were pushed south yet again due to the weather and winds in the northern Alps.  We ended up in the Pass dal Güglia region of the Grisons, Switzerland ; a paradise for ski tourers. 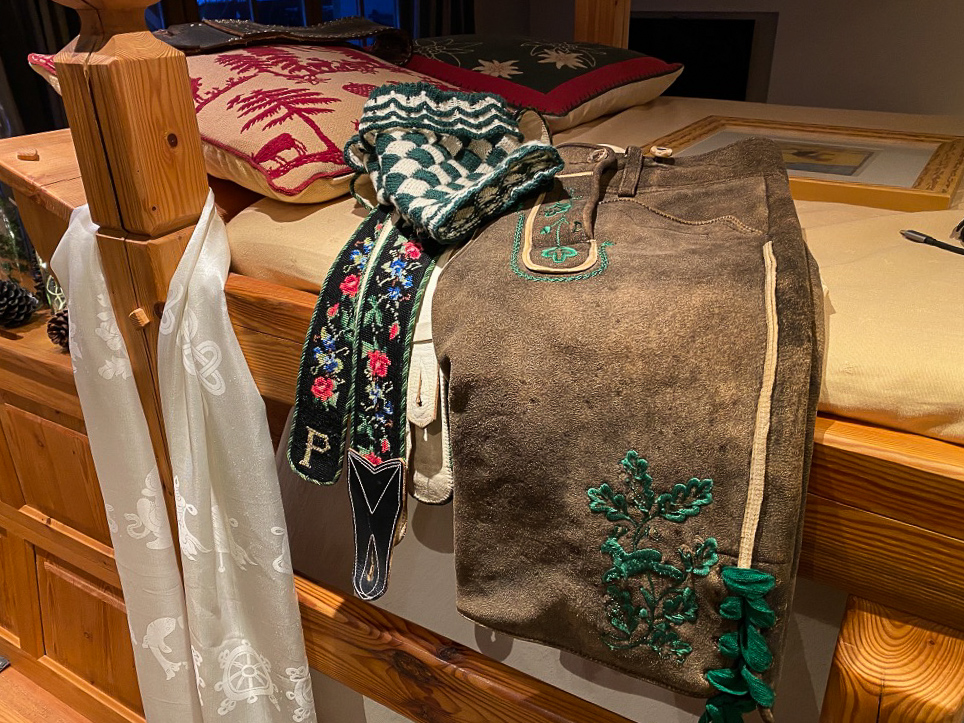 Thanks to Wolfgang we now know the difference between apfelstrudel and topfenstrudel and a lot about Bavarian culture and history.  We heard about his ancestors, the development of Garmisch-Partenkirchen and of the winter Olympics there in 1936; we sampled seven different Wiess biers, worked our way through the local specialties at the delightful Bräustüberl and we even managed to ski tour in Bavaria!

The weather and avalanche conditions in the northern Alps resulted in us driving a total of 1271km in our luxury Sprinter bus to find the sun and good, safe snow to ski in a total of four different countries.  Ski hard but smart Wolfgang said.  I like that.