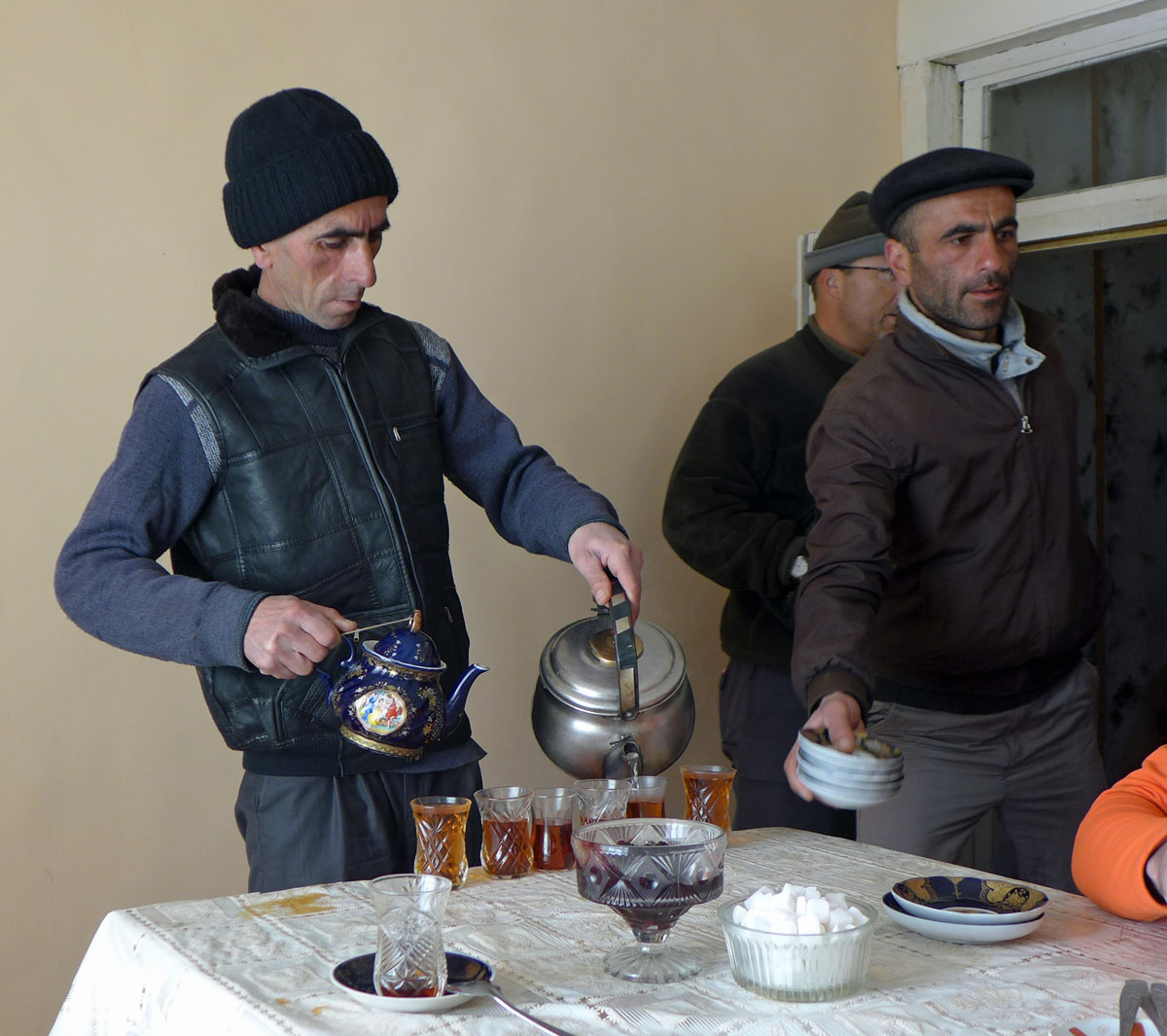 As we left the little restaurant in Qusar the Azeri secret service man idled up to our guide Ilgar.  There began lots of earnest talking as we sat patiently in the bus.  Ilgar was undergoing pretty intensive questioning as the agent obviously wanted to know everything about us.  Alexey was not impressed; “Azeri KGB, pah!  Useless.  The Russian KGB would not need to ask such questions.  They would already know more about us than we know ourselves”.

This trip was nuts.  I could write a book just on the two weeks we spent in the country.

Situated at the drier, eastern end of the Caucasus, Azerbaijan doesn’t get much snow which didn’t stop the powers that be from constructing a modern ski resort in the least snowy place I have ever seen.  A folly of gob smacking proportions.   The lack of snow didn’t matter that much because we didn’t have permission to access what was there anyway.  We needed three permits.

With the permit from the Minister of the Ecology and the Environment and that from the Minister of Borders and Frontiers in my pocket we could do nothing but wait for the decision from the Federation of Extreme Sports.  The permits quickly time expired so our window of opportunity was decreasing by the day.  Thanks to our contact in Baku we obtained an extension from Ecology and the Environment but when eventually the Federation of Extreme Sports came through, we only had four days left from Borders and Frontiers who continually refused any form of prolongation.

We immediately set off in the dark in the back of our GAZ66, through armed checkpoints in the middle of nowhere, on into the ‘Sacred Land’.  We climbed Shahdag, the highest mountain entirely within Azerbaijan, seeing where the two statues of Lenin and one of Stalin had proudly stood.  On the shoulder of Tufandag we also managed some skiing on a crusty, avalanche prone substance that might have been snow.

All in all, never have I paid so much cash for so few receipts and the group so much for so little skiing!!

I should write the book.