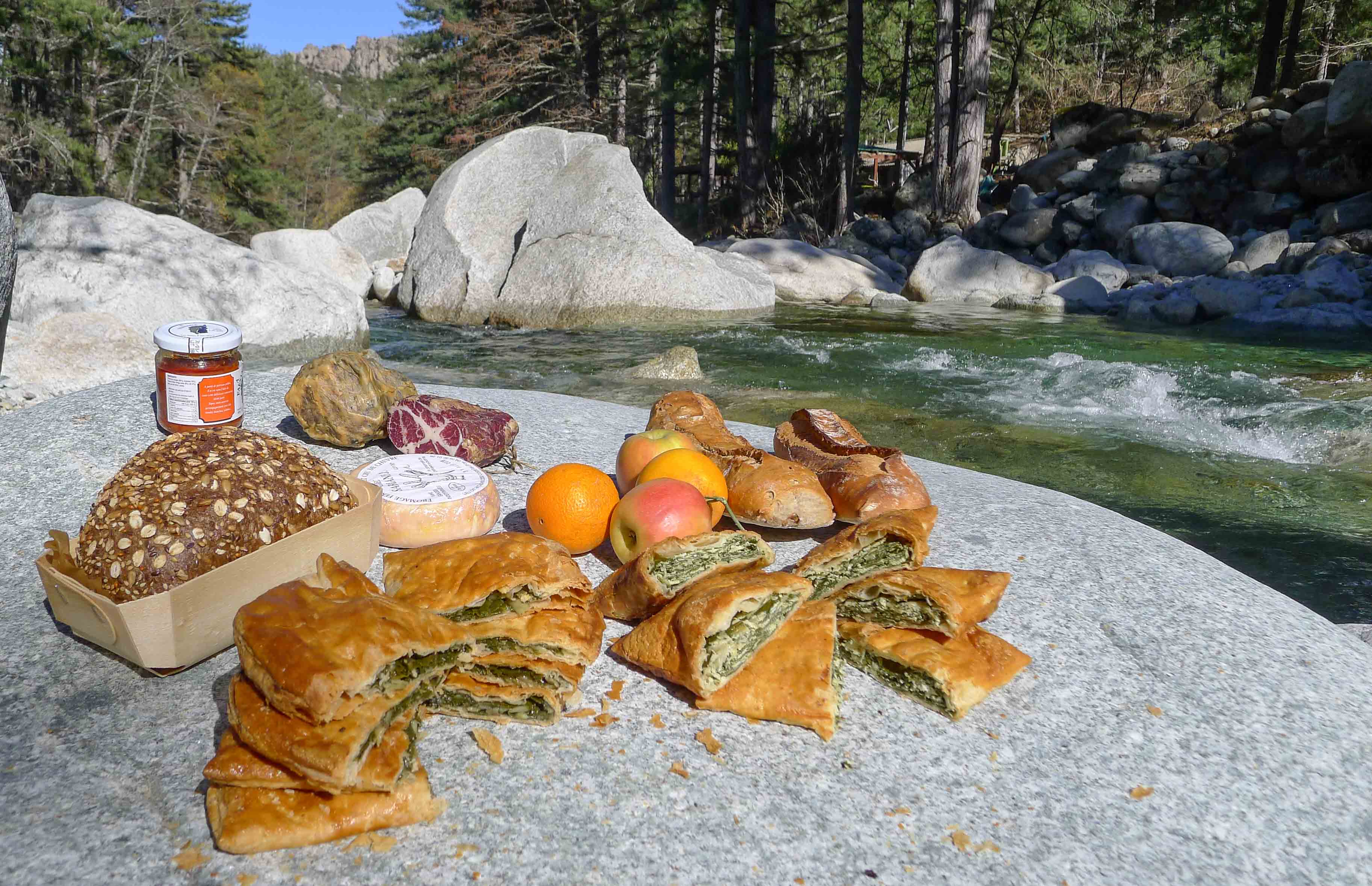 We had tried to ski in Corsica before but ended up in the Georgian Caucasus, not because I’m poor at geography or got lost but because there was no snow on the Île de Beauté.   In 2018 there was the most snow for thirty years and just prior to our arrival 15cm fell overnight on the beach at Ajaccio.  The three ski areas, Val d’Ese, Ghisoni Capanelle and Haut Asco were packed with locals at weekends.

So we had plenty of snow but that gave us a higher avalanche risk to deal with, made difficult by the often bad weather.   The Alta Strada as the ski traverse is known, loosely follows the route of the GR20 long distance path.  The terrain is therefore serious and careful route choice is an absolute must.  We were a strong team expertly guided by Manu but as is always the case we couldn’t beat the weather which saw us arriving soaked at destination on several occasions.  We did enjoy one glorious day and two with at least a few hours of clear skies, sunshine and the incredible views from Corsica’s mountains in winter.