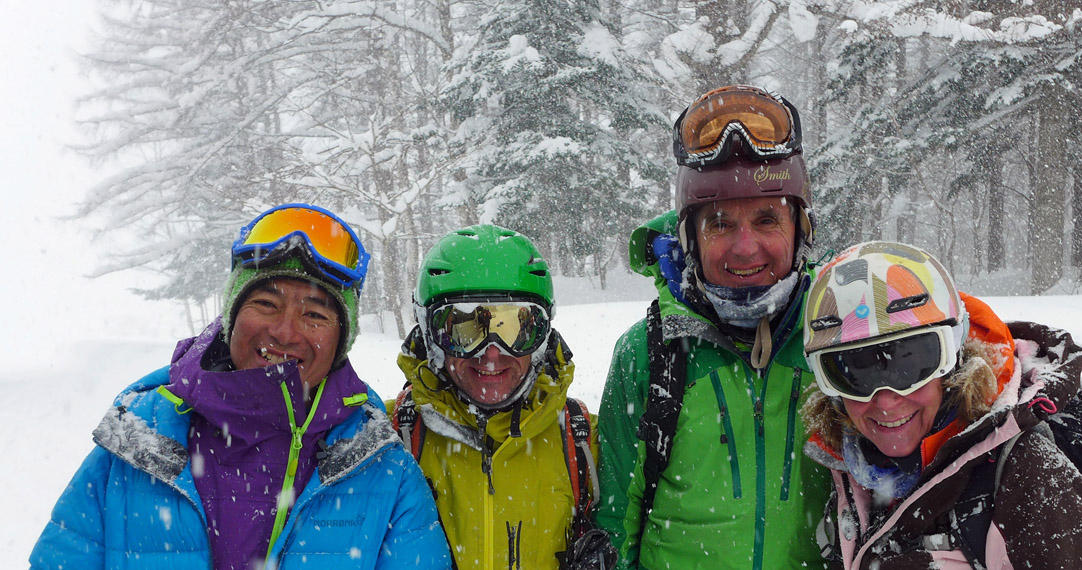 The south side of Yotei gives some wonderful tree skiing. We set of at the same time as a Japanese team that put in the usual Japan style track.  Straight up.  Most amusing. They were our only competition for the day and after their first run they headed for home.  The locals don’t hang around unless the powder is perfect. It wasn’t 100% for them so off they went though we thought it sensational!

A few days later and we were back.  High winds had closed the lifts and bad visibility further reduced our options.  I was breaking trail on the way up when a local Japanese guide accosted me.  I didn’t understand a word of what he was saying but I knew he was chastising me for putting in a ‘Western style’ skinning track. He was doing the usual ‘direttissima’ and didn’t like my zig zags.  I let Hiro deal with this diplomatic incident.