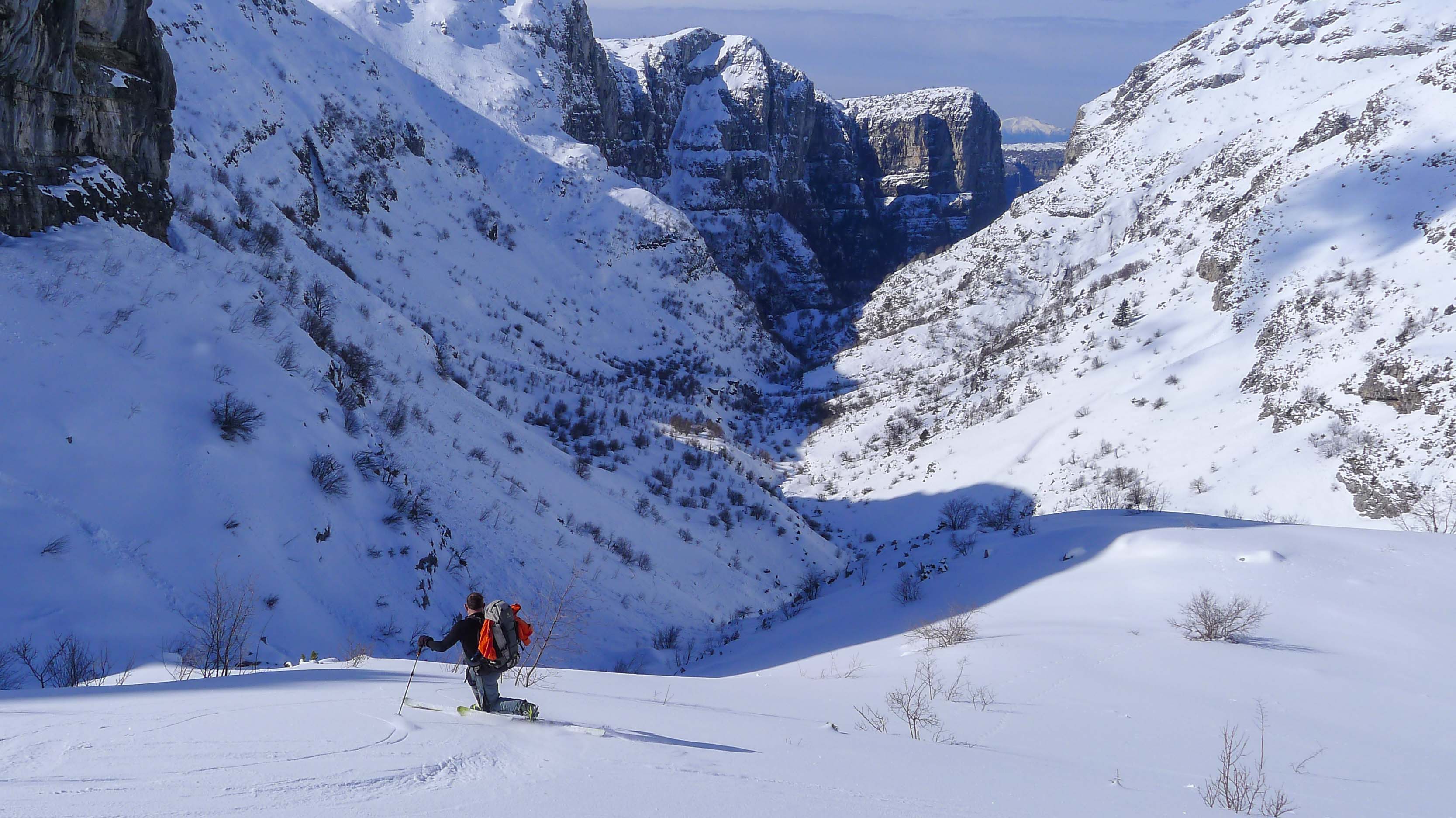 Nobody had booked a beach holiday so we couldn’t go to Crete.  Fortunately Plan B was a good one as snow was bountiful on the Greek mainland.  An hour or so on my very smart phone from Japan was pretty much all it took to make the changes – we were off on a Greek road trip.

The mountains were empty and even sites of huge historical interest such as the Parthenon and Delphi were thankfully free of their high season crowds.  The locals were out in force at the Parnassos ski area though as it was a holiday weekend marking the beginning of Lent for the Greek Orthodox.  Everyone was having a great time on the slopes – we didn’t see much fasting or prayer.

Christos and Giorgos made the very best of our first day as the forecast for the week was poor.  We completed a superb round trip over 2415m Tsarkos and the highest summit in the Parnassos Mountains, Liakoura 2450m.  We then sampled the delights of the Southern Pindos and the high peaks of the Zagori speeding back to Athens at the end on the newly completed motorway.

There are many ski touring options in Greece and the Greeks are universally a most welcoming and hospitable people.  When one adds to the mix excellent food and so much of historical interest it is obvious that Greece just has to be on every ski tourers ‘must do’ list.