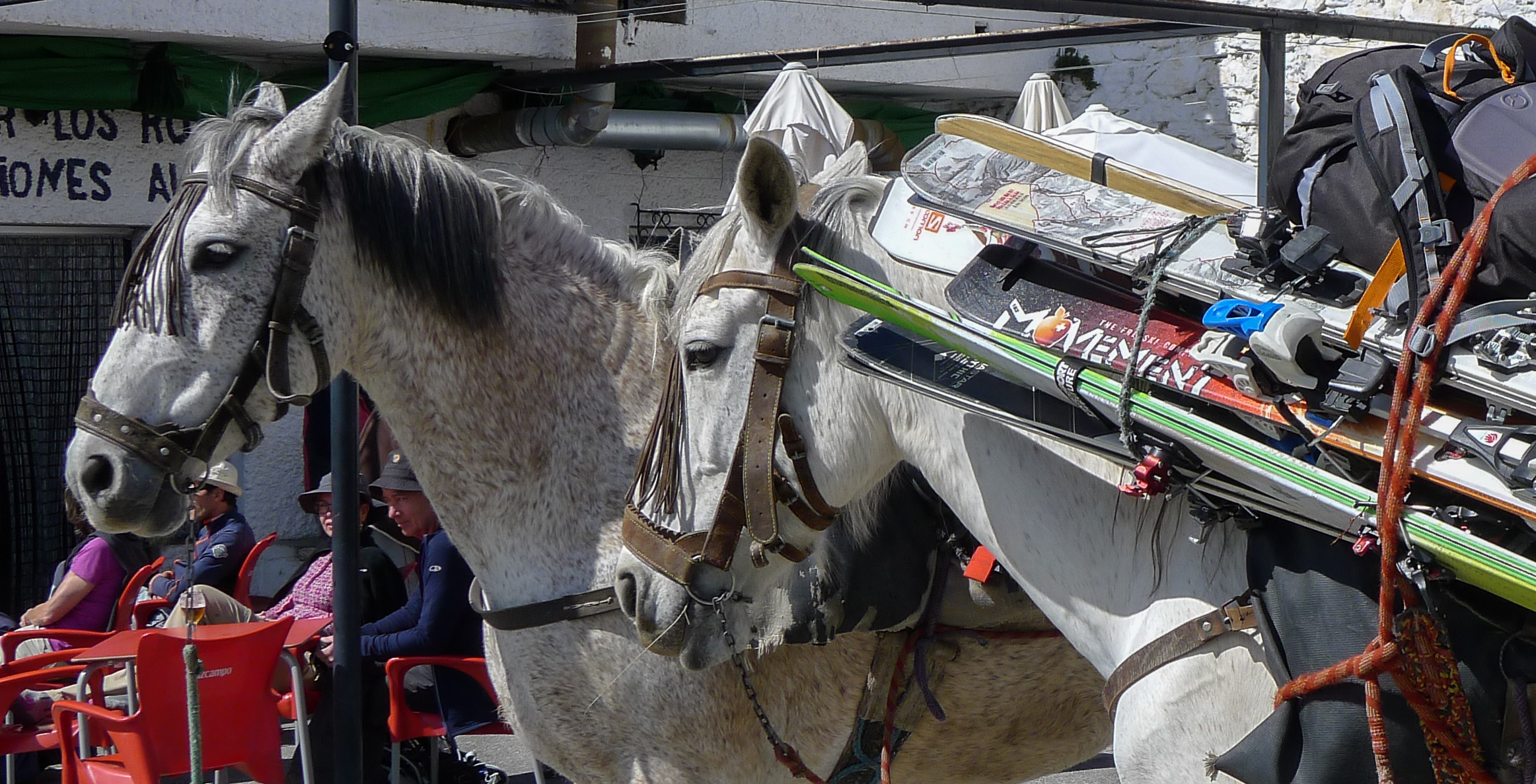 The Moors were looking for water when they came to the valleys of the Sierra Nevada.  They found it in abundance and settled in Granada and in the mountain villages of this southerly massif.  1307 years after the Muslim invasion of the Iberian Peninsula a small group of ski tourers arrived in Güejar Sierra, one of those villages.  They too were looking for water though not for drinking or irrigating crops for they drank beer and wine and ate in fine restaurants.   They came looking for snow.

The winter of 2018 was a white one so the intrepid skiers found with ease that what they sought.  Guided by local mountain man and expert organiser, Luis, the skiers enjoyed six days of beautiful sunny weather, gracing the slopes with turns in the famous ‘Sierra Cream’.  The latter wasn’t as creamy as usual though as a strong wind was our constant companion, blowing hard enough to turn us around on Harley’s 70th birthday.

A ski touring group that meets on the beach in Malaga for a lunch of grilled sardines, calamares and salad before heading for the hills is off to a good start.  If the start is good then the fun often continues.  So it proved to be.