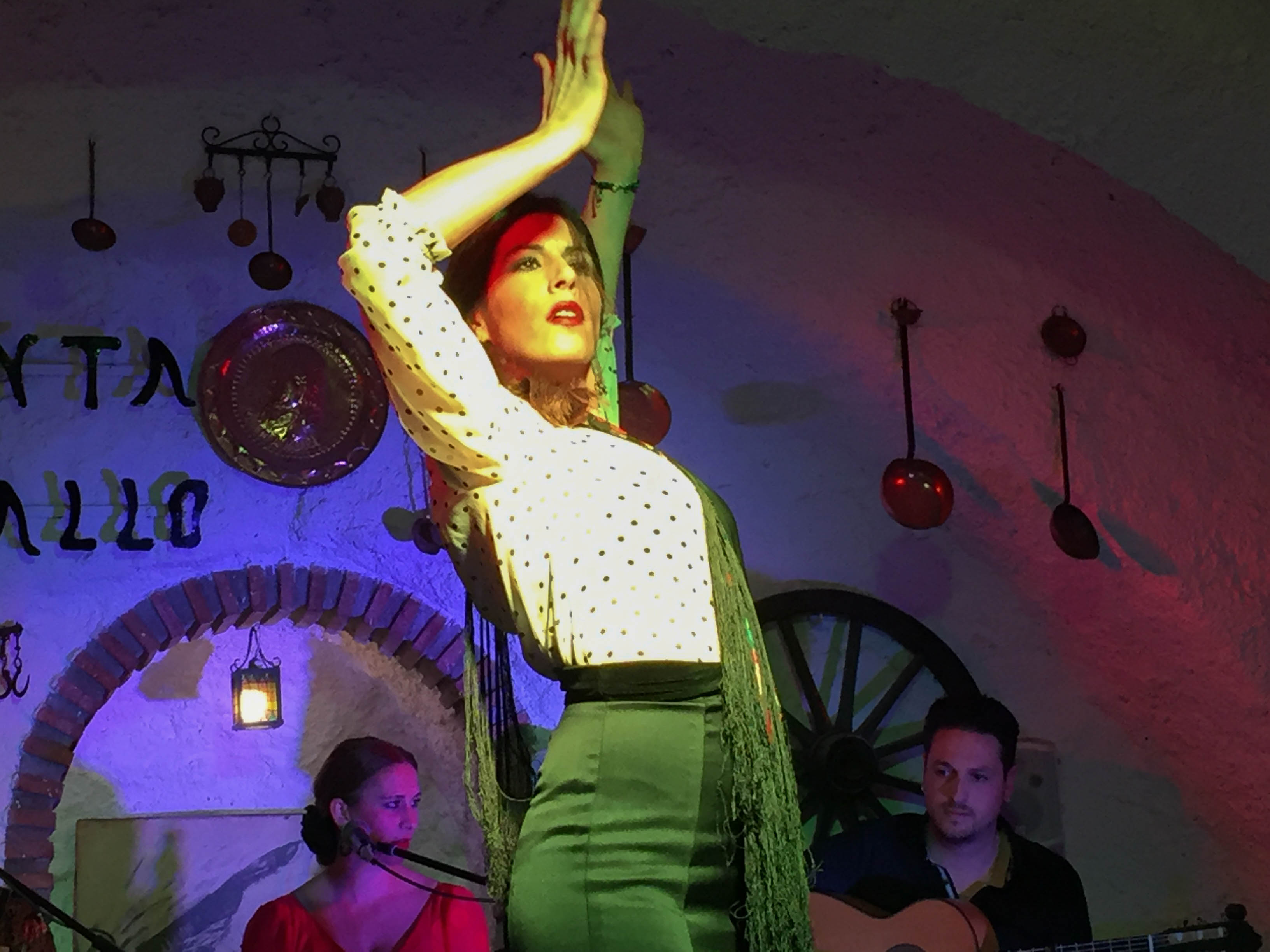 Luis was right to confirm the trip as the snow cover was poor but sufficient. However, instead of the Sierra Cream that a skier would expect at the end of March we had to deal with ‘variable’ conditions which included quite lengthy walks in ski boots, not without pain for some.

Much of any trip’s success is down to the weather and on this one it was amazing. As we sat in the sun on the tops we enjoyed 360° views over the arid landscape of Andalusia and the Mediterranean Sea to North Africa with the mountains of Morocco clearly visible. To our east the plains of Almeria were covered in plastic greenhouses, the source of much of northern Europe’s out of season fruit and vegetables. Below us to the south were the thousand year old white washed villages of the Alpujarra.

We saw no other ski tourers during our week which was wonderful. We had the massif to ourselves. I was out for three days ski touring at home in Chamonix prior to the trip and there were a multitude of tracks, uphill and downhill, and people everywhere. In the Sierra Nevada it was a delight to be back in the mountains on skis and to see no one and especially to have no snow boarders walking in the skinning track! Grumpy old man…who… me!?

If it’s just to ski one would do best to concentrate one’s efforts on the nearest ski area. To travel with skis means you are looking for something else. That something we had in abundance in Andalusia with the highlight undoubtedly being our visit to the Alhambra; despite the crowds, such a beautiful and peaceful place in today’s hyper active world.

Having spent the week looking down on the city of Granada through crystal clear air we finished up in the city enjoying drinks and tapas looking up at the mountains. Perfect.