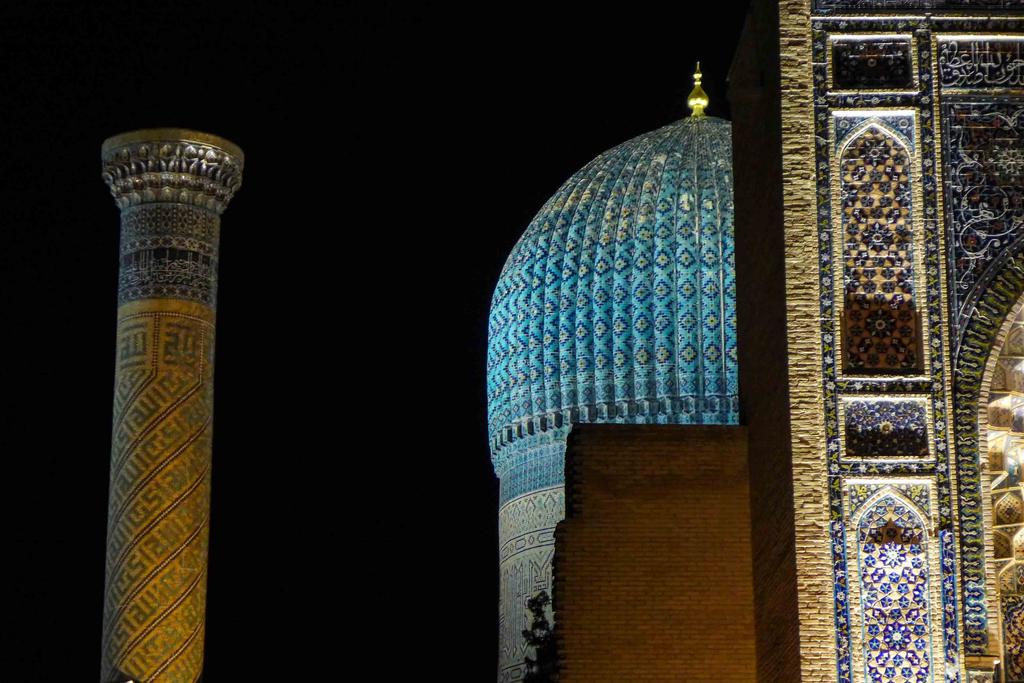 The team’s expectations were realistically low.  Most were joining for the esoteric nature of the trip and the chance to visit Samarkand and Bukhara.  There was talk of Azerbaijani style snow cover and Kashmiri snow stability!   In retrospect the trip had it all.

We visited the magnificent ancient cities under clear blue skies though with bitingly cold temperatures.  The total lack of tourists was a delight and made it easy to imagine the wonder of travellers of old arriving after weeks on the Silk Road.  There wasn’t much made by man on the planet to rival the splendour of Bukhara in the 10th Century.

The snow was fabulous – think Japan in January and Utah at its best.  However, unlike Utah and increasingly Japan there was no powder feeding frenzy as we were the only back country ski tourers in the country.  What we didn’t track one day lay pristine, untouched by wind or fat powder skis several days later.

Skins and two lifts from the Soviet 1980’s did the uphill work.  The latter may soon be replaced by a large, modern, same as any other, ski resort, as we met Frenchmen doing feasibility studies.  I’ve met these types before and sadly for us ski tourers what often follows ruins the charm and pleasure for us though the investment undoubtedly gives some employment and fun to others.  The profits, if any, invariably remain in the hands of the few.